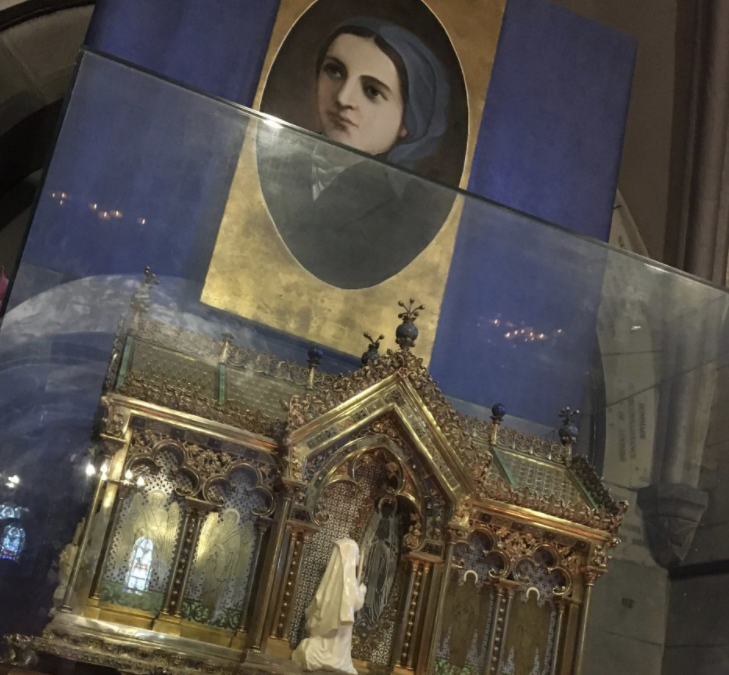 The relics of Saint Bernadette will travel from the Upper Basilica in Lourdes to every Catholic Cathedral in the UK in 2022.

The Catholic Bishops Conference have announced that each dioceses will host the relics, a bone from her thigh, for two days on a yet to be announced date next year.

The remains of Saint Bernadette are preserved in a shrine in the town of Nevers, 700 kilometers north of Lourdes. Bernadette joined a convent in Nevers in 1880 to escape the attention of pilgrims.

Canon Christopher Thomas, the general secretary of the CBCEW, made the announcement at the end of the bishops plenary meeting last week, the first face to face meeting of bishops conference since the pandemic. He likened it to the visit of the relics of Saint Thèrése of Lisieux to Britain in 2009.

The invitation to host the relics was issued by the Shrine of Lourdes to the Bishops of England and Wales and will “remind British Catholics of the importance of pilgrimage in our lives” Canon Thomas continued.

Thousands of Catholics from across the UK visit Lourdes on pilgrimage every year. In our diocese we travel with the Catholic Association in August. The sick and all those seeking healing are central to the majority of pilgrimages to Lourdes and it is hoped that this will be the case here in our own diocese.